It was an exciting day for IMPACT Basketball on Saturday as the teams played in the first round of the playoffs!

Our U12 Yellow Hawks team topped in the U14 Division II in the regular season with an 8-2 record. They were facing the 3rd seed Bob the Builders.
The Yellows jumped out to a fast start with 5 quick points from Jengus Ercil, who finished the game with 18. The team was in the driver’s seat throughout the game after Turner Jackson added 2 baskets and Joshua Kim hit a three early in the game. F Liam Barney, G Anthony Shen and Jacob Kwon were scoring off good execution and excellent ball movement boosted by Sam Faiola. C Mark Gikas worked hard on the offensive board and provided 2nd scoring chances for the team.

The Yellow Hawks Elite team is going to the final with a 48-32 win over Bob the Builders. 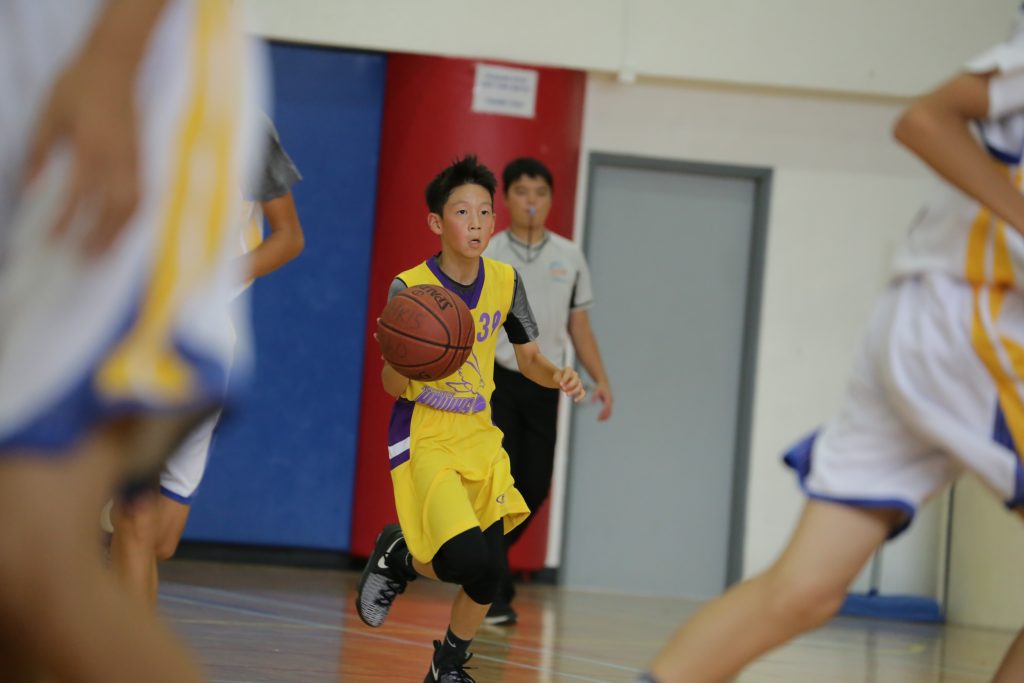 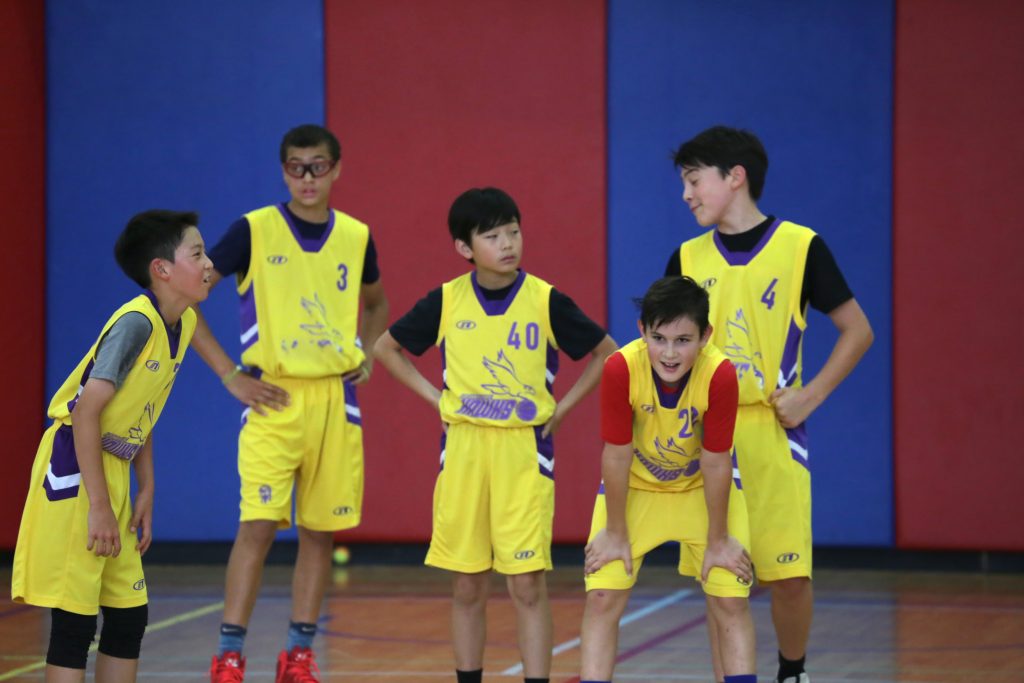 The Purple Hawks finished the season as the 5th seed and matched up against the 4th seed ISF Academy. The Purples had a good start with a free-throw from F Ryan Brennan, 3 straight baskets from G Zachary Medeiros and a midrange jumper by sixth-man Deven Parasnis.

But without starting F Robert Skrzynski to match up against, the Purples allowed ISF’s best scorer Jamie Au Yeung to score 22 points. ISF started building the lead even with C Jason Clayton scoring all of his 5 points in the second half. G Matthew Jeong and Destin Nikkel kept pushing the pace and creating, but the Purples were unable to make shots when it counted. 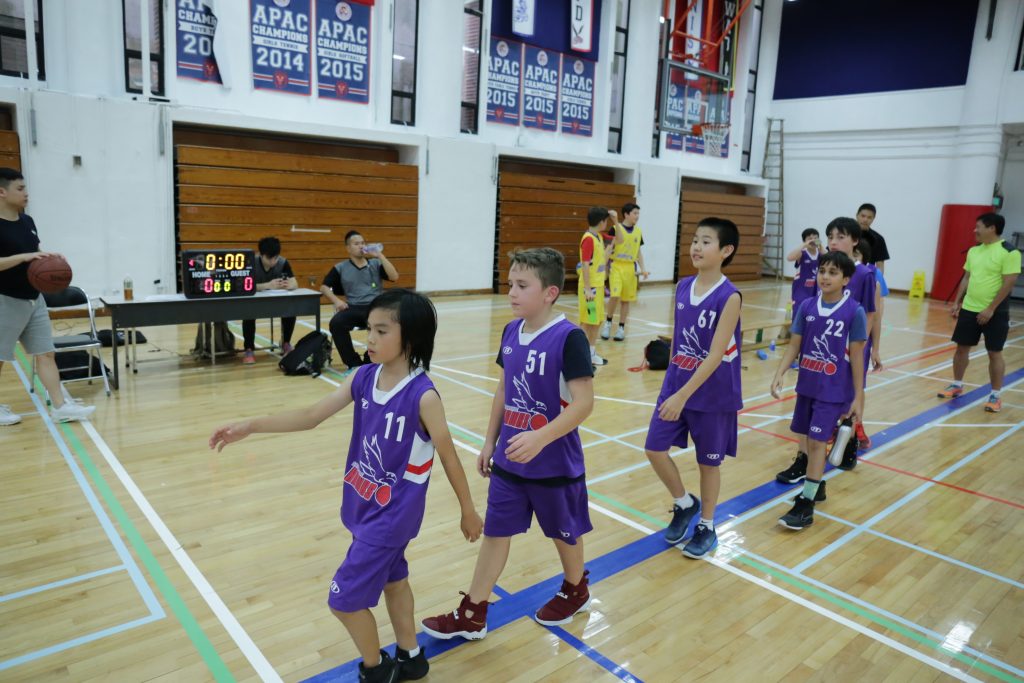 The top seed Yellow Hawks started the playoffs against the 4th seed Kangaroos. With only 5 players available for the game, the Yellows were determined to make sure there was no upset.

C Eshaan Chatrath dominated the paint right from the start with his rebounding and scoring. He had a game-high 16 points. PG Chetan Jolly were penetrating and dishing while scoring 13. F Tyler Martinez showed off his improved scoring skills on his way to 15 points. Nicholas Chan scored 7 points including a three-pointer and Jaiden Poon 8 points to go along with his tenacious defense.

The Yellow Hawks won the game by the biggest margin of the season 59:17 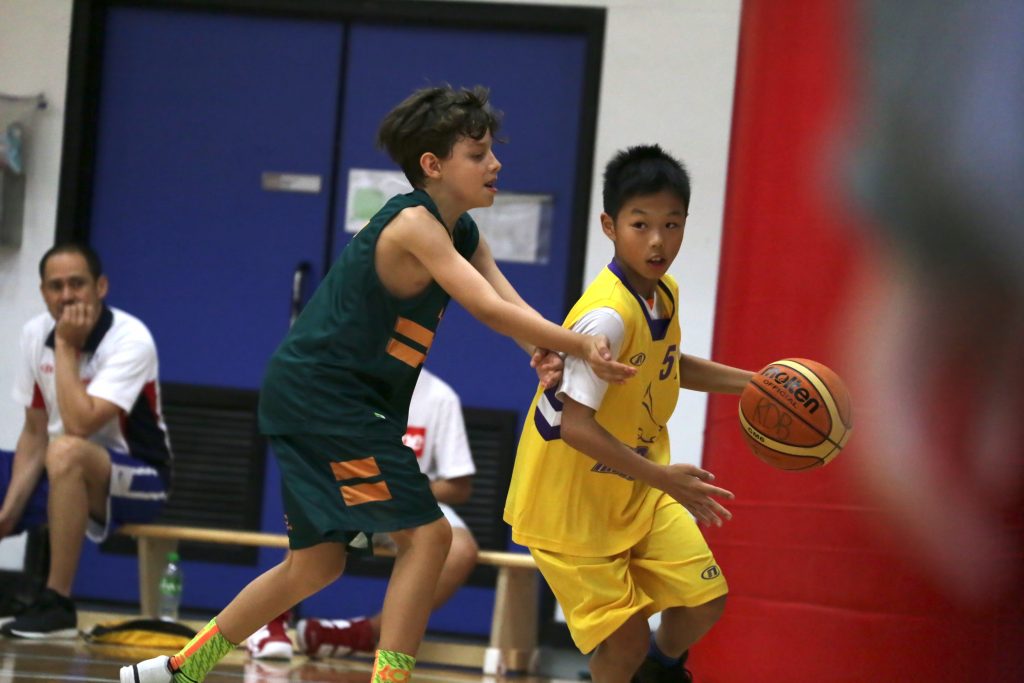 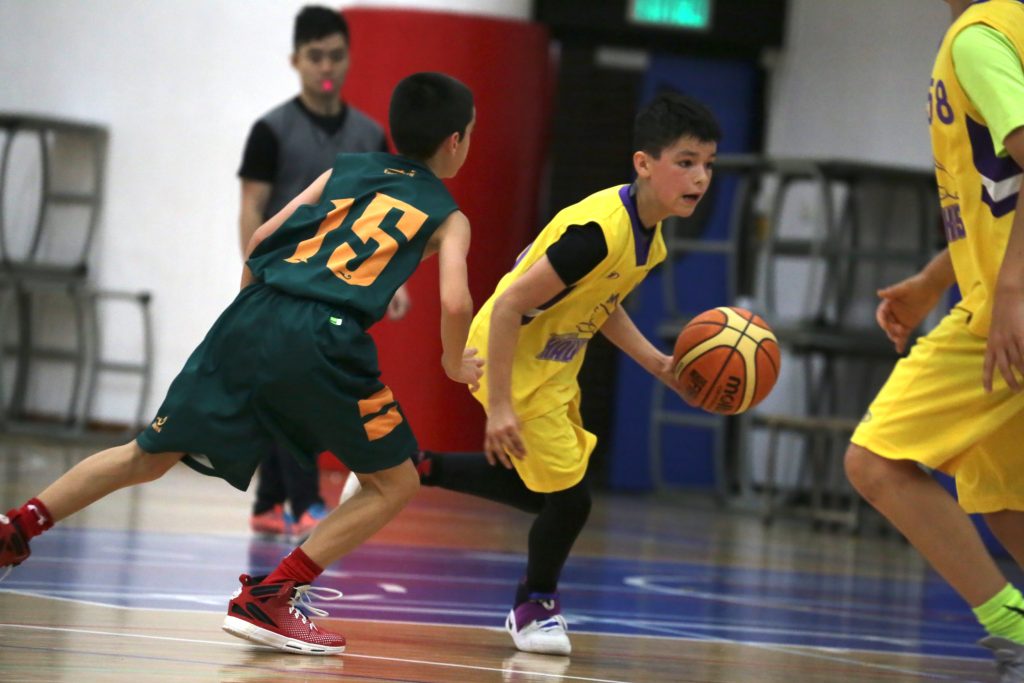 The game was close from the start. Even though C Edmund Lin, SG Arnav Panagrahi, F Jonathan Brennan got on the scoreboard early, the Blues were not able to stretch the lead to a comfortable margin. The game was tied at half-time and the Warriors started the second half aggressively and took a 2-point lead.

After a time-out, the Blues regrouped and raised their defensive intensity to another level. Lead guard Gavin Greaton stole the ball from the opposing point guard in 3 straight possessions and scored 7 in a row. During this run, C Jack Sulger had a huge offensive rebound and a put-back, G Misha Harford drove to the hoop and scored an and-1 basket. The Blues then made sure they closed out the game with timely buckets and big defensive stops down the stretch from F Trevor Cheh, Bayard Winegar and sixth-man Ryan Chan.

The Blue Hawks defeated the Warriors 43:26 and advanced to a much-anticipated final against the Yellow Hawks. 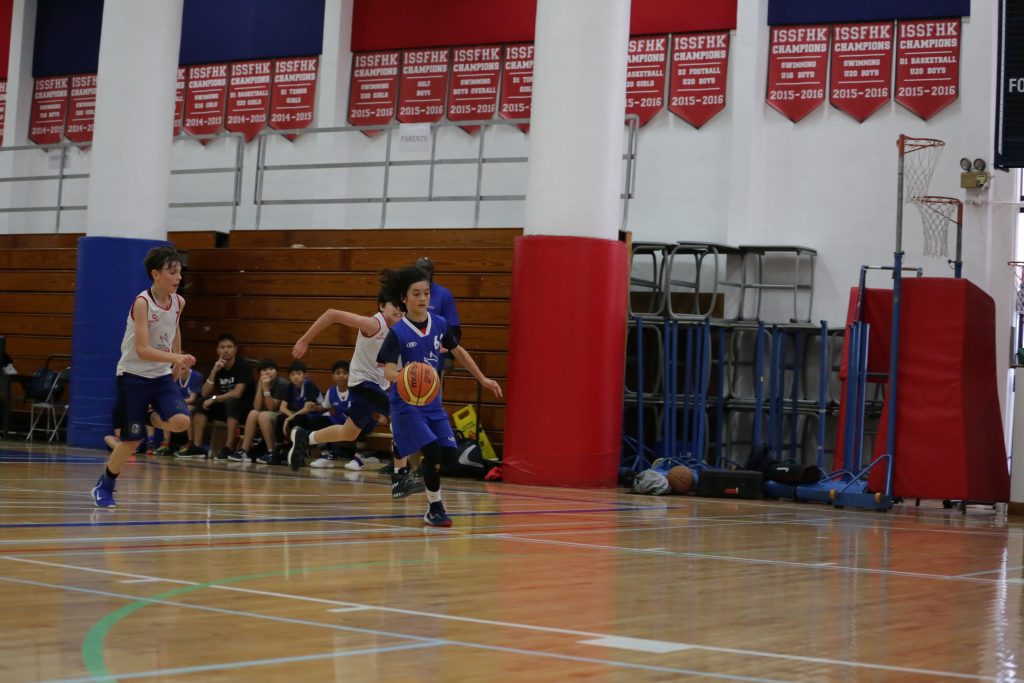 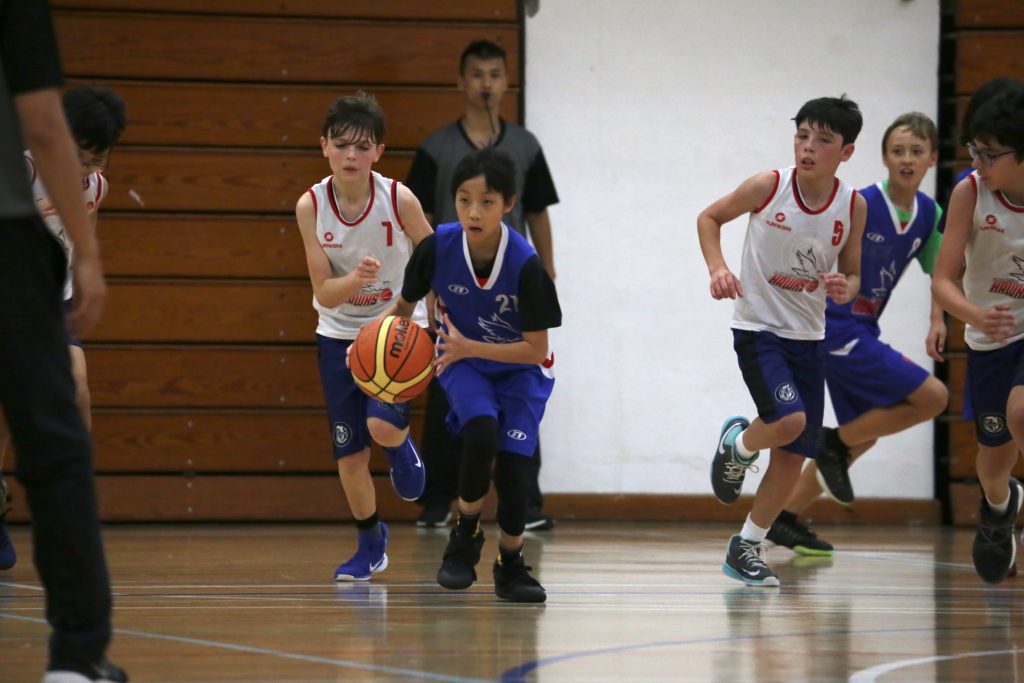 This is the semi-finals game between the top seed Purple Hawks Elite vs the 4th seed ISF Academy. The game was never close as the Purple jumped out to a terrific start as Ismael Benmoussa, Josh Pak and Lorenzo Garcia were all making shots. ISF were unable to cut the deficit as Davis Tsai and Mark To added points to the scoreboard.

With F Jhinjay Kim providing toughness and rebounding, Justin Sudiman, Tyler Tom pushing the pace and setting up teammates, F Tim Alexander Meyerhoff and Alex Warburg playing good team basketball on both ends of the floor, the Purples were cruising to an easy 59:29 victory. 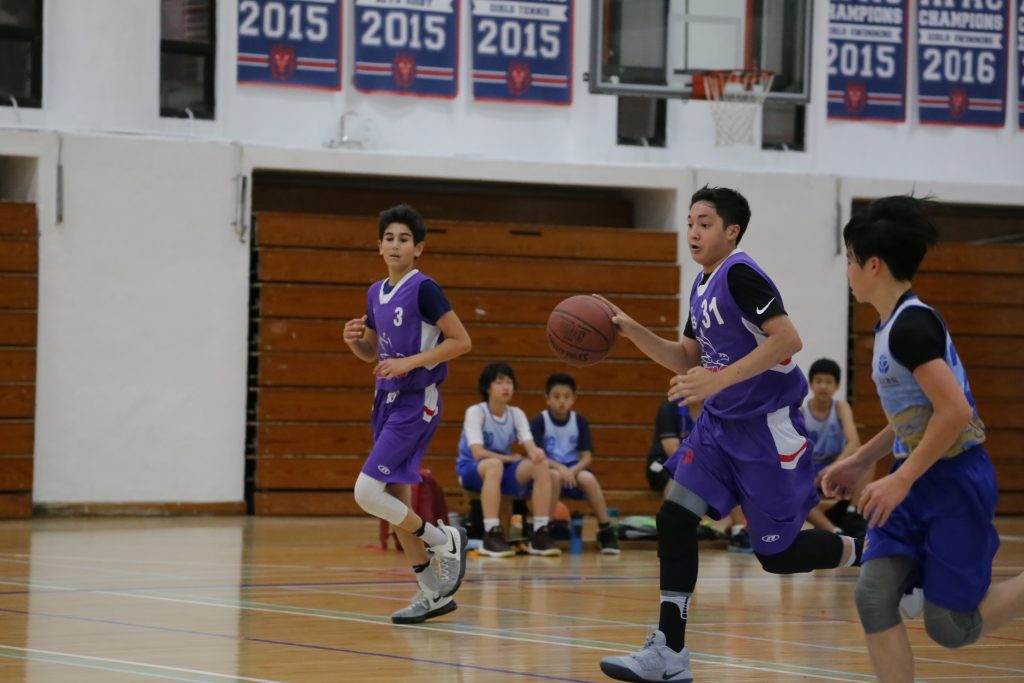 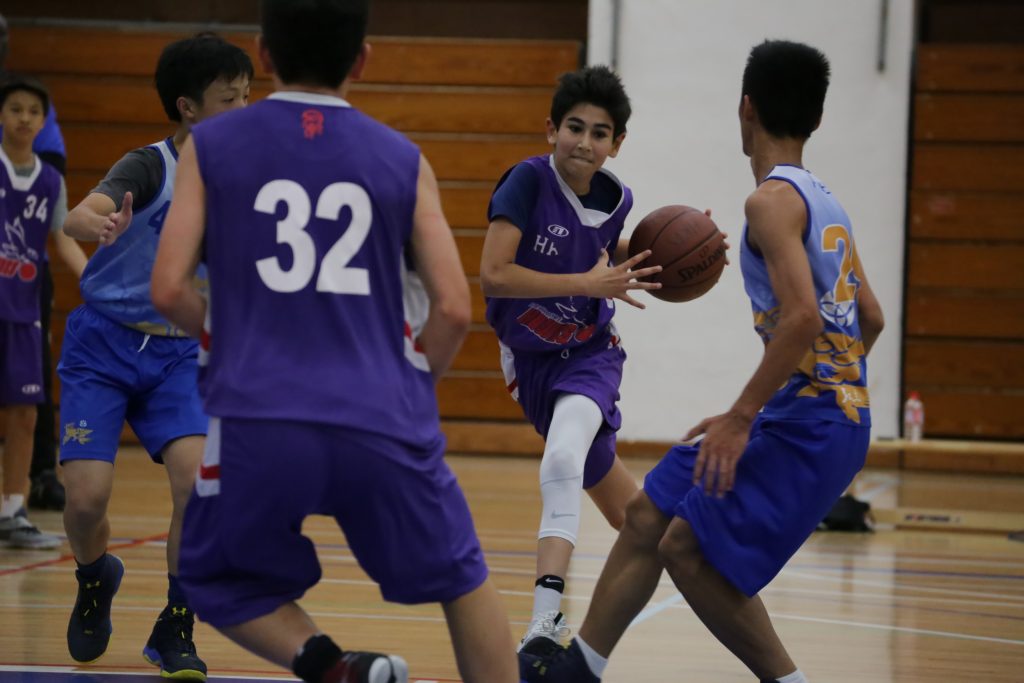 Don’t forget to check out for more information on our summer IMPACT Basketball Training and our upcoming IMPACT Pre-summer Camp!