All those Easter feasts did not seem to slow down our high-flying HKIS Hawks basketball players.

First matchup of the day was between our U14 Purple Hawks Elite and the Blue Devils. With the season series tied at one apiece, both teams were focused and determined right from the tip-off. The Purples got off to a good start with Ismael Benmoussa and Josh Pak executing a pick-n-roll to perfection. Things continued in the right direction after some nice ball movement which resulted in a wide-open jumper from Ish.

But it was the Blue Devils who picked up their defensive intensity in the second half. Top scorer, Gaspard Artaux started driving to the hoop and making tough shots and the Purples were not able to match their opponents’ intensity or make outside shots down the stretch.

The Blue Devils came away with a 45-34 victory and took a 2-1 lead in the season series. Both teams will play each other again on May 6. 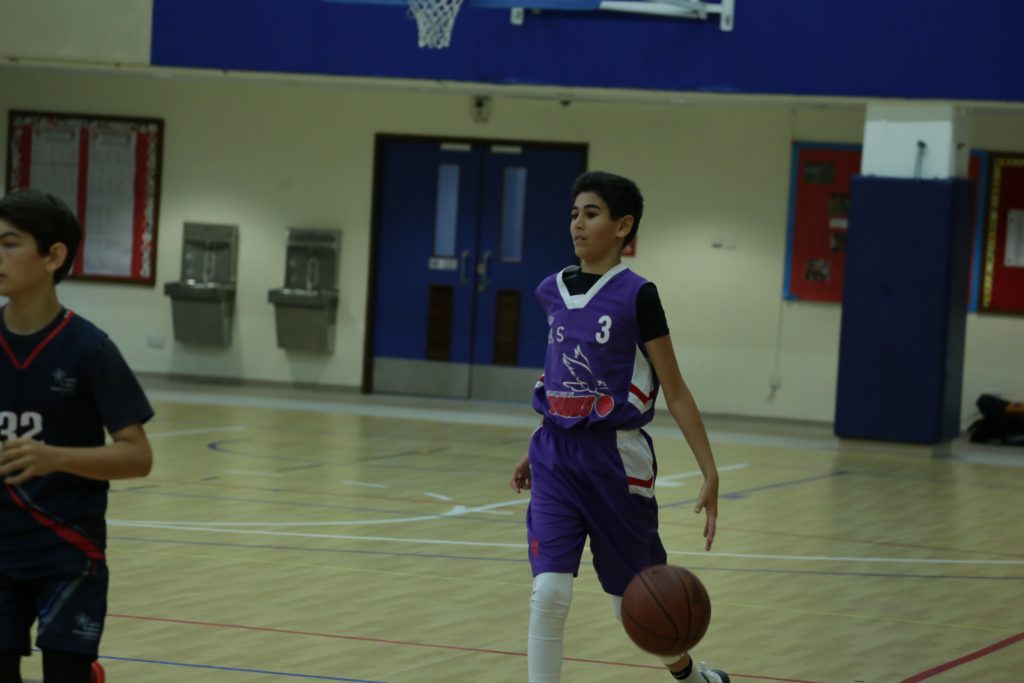 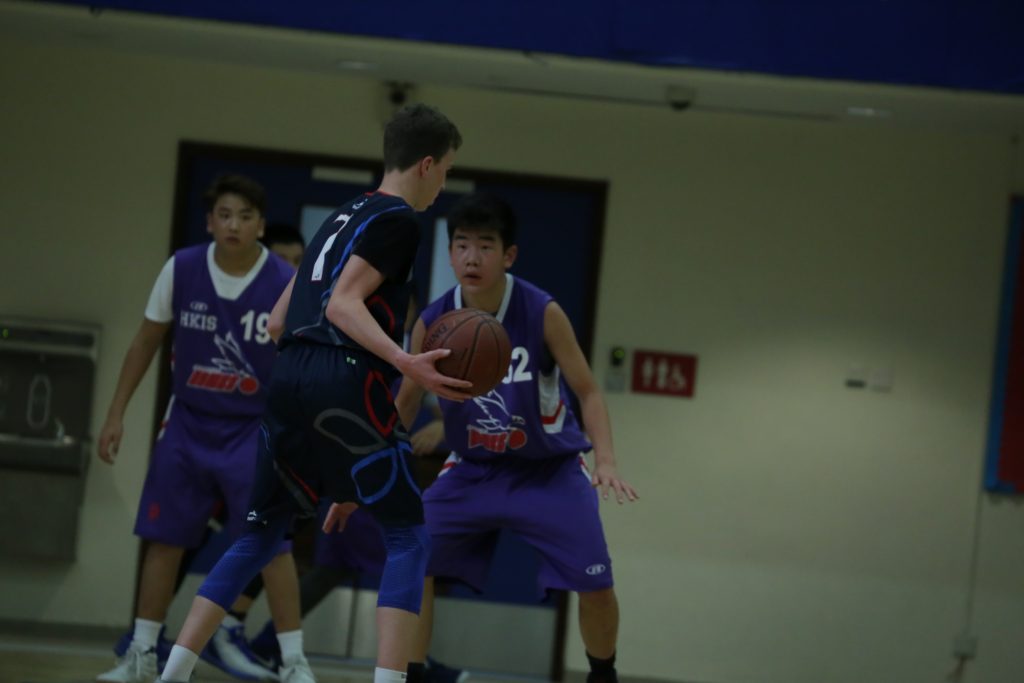 Our U12 Yellow Hawks Elite team is competing in the U14 Div 2 and is recently on a hot streak. With a 6W 1L record, they are leading the division.

This game they were going up against the Warriors.

Without center Turner Jackson, the Yellow Hawks started with Mark Gikas in the middle and he strongly held his own against his U14 counterparts.

As usual, forward Jengus Ercil and Anthony Shen provide buckets. Point guards Jacob Kwon and Joshua Kim were doing a great job of commanding the offense. In this game, ball movement was even more efficient than usual. Everyone was engaged in the execution with quick passing and cutting, working the ball, and driving and dishing.

With Luke Laskowski and Liam Barney rebounding and protecting the rim, our U12 players weren’t giving much to their U14 opponents. The Yellows used this advantage to outlet the ball quickly, get up the floor, and finish on the fastbreak.

The Yellows defeated the Warriors 46-26. 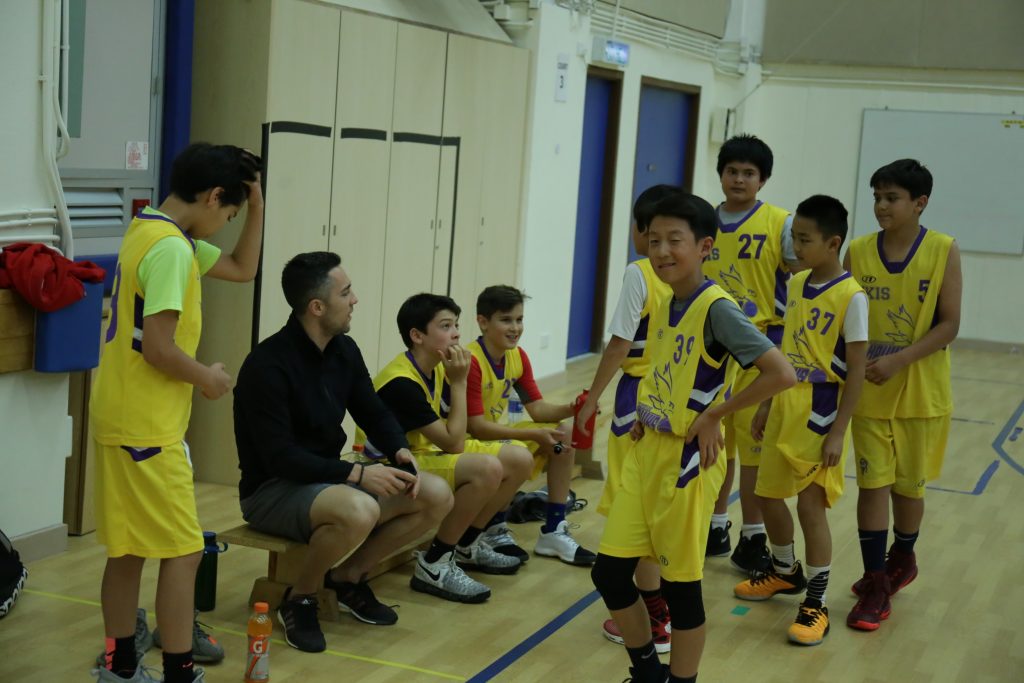 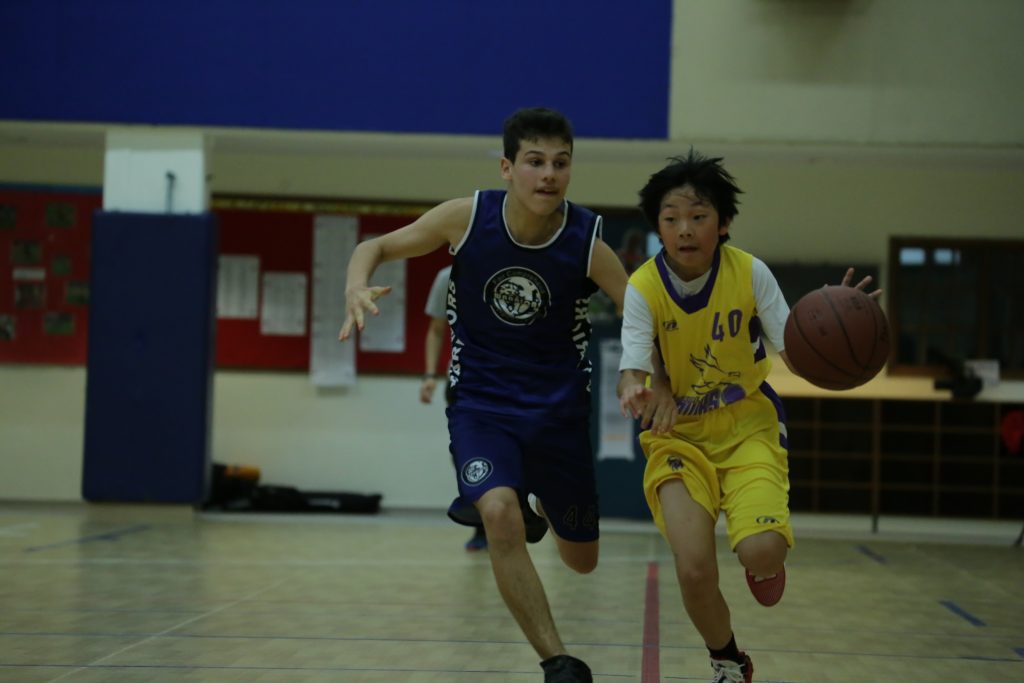 These 2 teams enjoy battling against each other! During the season opener, Blues point guard Gavin Greaton hit a last-second free-throw to beat the Yellows. For the next 2 games, the Blues were without center Edmund Lin and several other players. As a result, the Yellows were able to win those 2 games easily to take a 2-1 lead in the season series.

With Edmund back in the lineup to play along frontcourt mate Jack Sulger for the first time this season, the Blues had their eyes set on tying the series. This time, they would have to do it without Gavin. But they found the answer in Misha Harford.

Misha started the game at the point and he wasted no time getting his teammates involved, while sixth-man Ryan Chan also contributed nicely running the offense. The team responded well with good spacing, quick ball movement and all-out effort on both ends of the floor.

However, on the other side of the ball, the Yellow Hawks were playing with such high confidence especially with PG Chetan Jolly and SF Tyler Martinez in great shape. Not to mention, C Eshaan Chatrath, F Nicholas Chan and Lecholas Njomin, as well as G Jaiden Poon and Jonathan Cheng to provide defense, rebounding and toughness. The Yellows are a tough team to beat.

The game was close from the start. As Edmund, Jack, SG Arnav Panagrahi, F Jonathan Brennan and Trevor Cheh scored points to give the Blues the lead, Chetan and Tyler were able to answer with big buckets to keep the Yellows in the game. At the end of regulation, Misha calmly drained one free-throw to send the game into over-time and it was the Blues who prevailed at the end and got this much needed win. 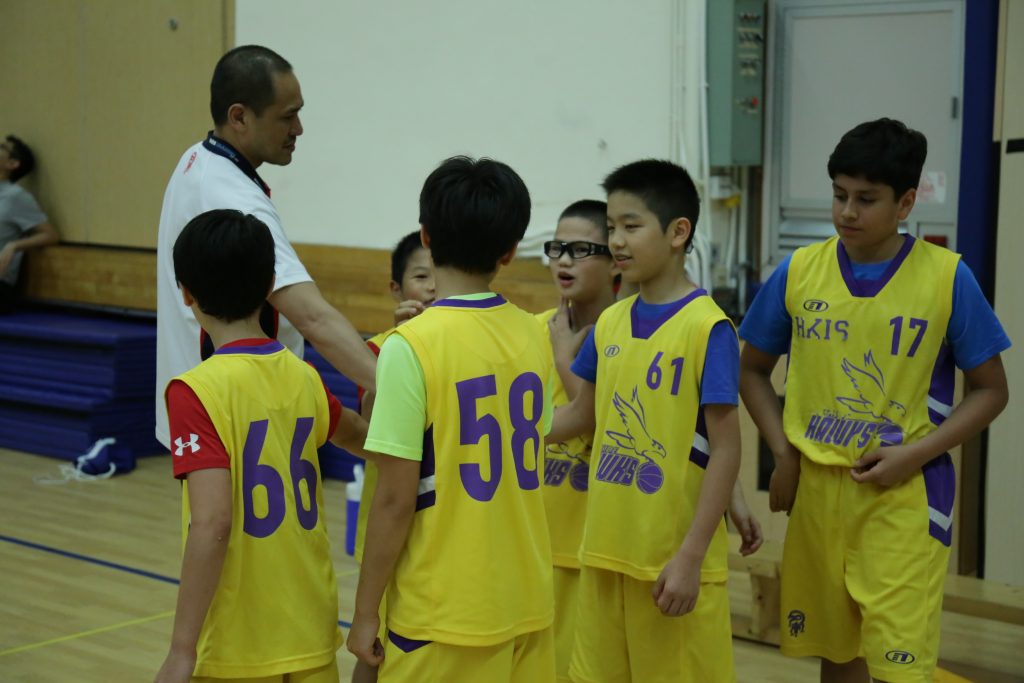 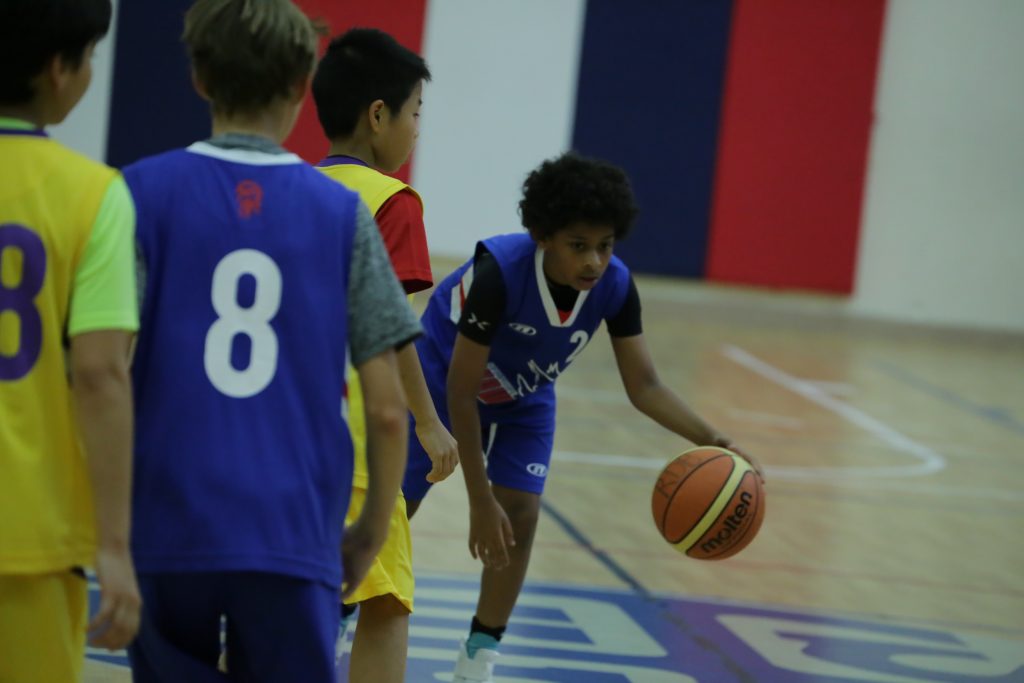