IMPACT Basketball Academy is an elite basketball training academy that encourages both physical and emotional development of athletes through a competitive year-round practice of basketball. We strive to foster discipline, build teamwork, and most importantly, nurture passion.

Our student athletes will have the opportunity to train under the guidance of Tyler Kepkay, a former Canadian Senior Men’s National Team Point-Guard, European Professional, and NCAA Division One player, who designs the unique curriculum.

We believe the practice of basketball is an effective tool to develop many essential values such as discipline, dedication and determination in our young athletes.

Under the supervision of IMPACT’s coaching team, athletes will have the opportunity to train in a positive and competitive environment that promotes learning and growth, and will bring out their full personal and athletic potential. 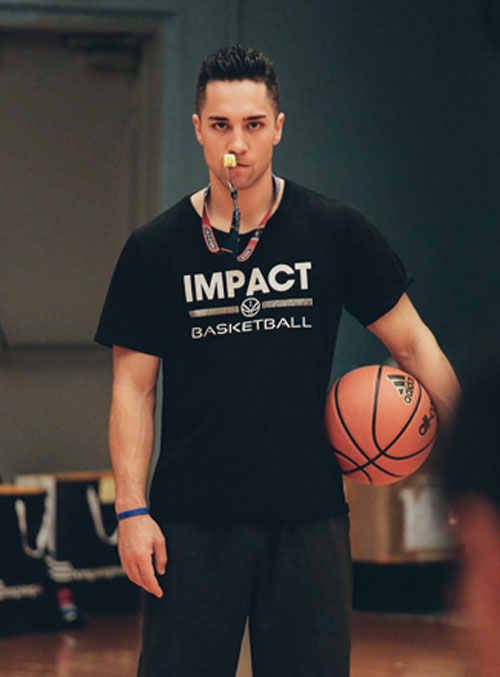 Tyler Kepkay currently plays professional basketball in Hong Kong for Winling, he is also a representative for adidas as one of Asia’s leading basketball figures, and the founder of IMPACT Basketball Academy. He has over 18 years of experience and understands exactly how an academy should run, as well as the atmosphere needed to foster ultimate growth for his students. IMPACT reflects Tyler’s commitment to the physical, social, and character development of student athletes in pursuit of excellence through the sport he loves — basketball!

Coach Tyler graduated from the University of Utah on a scholarship with a degree in Communications and Marketing. He attended The College of Eastern Utah for Junior College on a basketball scholarship where he led the entire nation in scoring his sophomore season averaging 27.9 ppg en route to being named First Team Junior College All-American.

Through his discipline and dedication he earned over 50 basketball scholarships from top NCAA Division I Universities across the United States, but eventually settled for the University of Utah where he led the Utah Utes to a 24-9 record and qualified as the 5th seed entering the 2009 NCAA tournament.

Upon graduating from Utah, Tyler entered professional basketball in the Top 2 Leagues in Germany for four years and led the league in scoring for one season. During the summer of his professional career, Tyler participated with the Canadian Senior Men’s National Team playing alongside Kelly Olynyk of the Miami Heat, former players such as Samuel Dalembert and Joel Anthony. He has also competed in FIBA International competitions with Team Canada and played against the world’s best basketball players such as Kobe Bryant, Lebron James, Chris Paul, Dwayne Wade, Carmelo Anthony, Manu Ginobili, Tony Parker, Yao Ming, and Dirk Nowitzki. 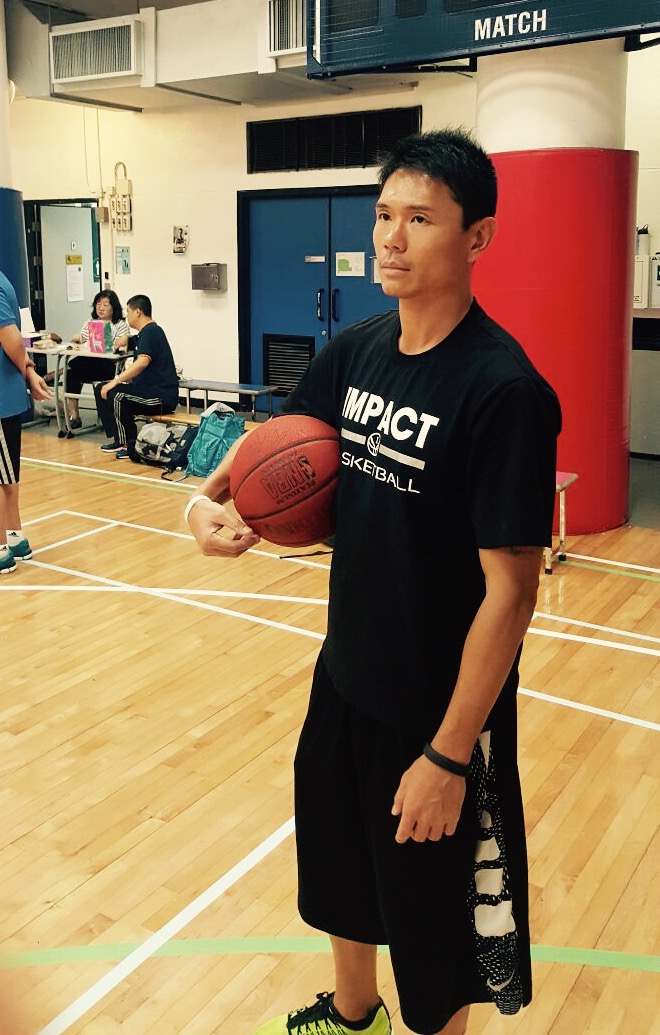 Rex Cheah started basketball training and his playing career as a member of the La Salle College Basketball Team in Hong Kong. He went on to play for Louis St. Laurent High School in Edmonton, Canada where he first experienced overseas training and competition in North America.

Rex graduated from the University of Alberta with a Major in Economics. During that time, he was trained under 3-time Canadian Inter-university Sport (CIS) Coach of the Year, Don Horwood in the U of A Golden Bears Basketball Camps and Clinics.

He continues to follow his passion for basketball. Shortly after returning to Hong Kong, he started playing for teams in Division A2 under the Hong Kong Basketball Association.

In the Summer of 2014, he was invited to become part of the coaching team in the Nike Basketball Camp in San Diego, USA. The following year, he received intensive coaching training under former NBA player, current LA Clippers’ G League team General Manger Dee Brown.

Before the start of the 2018-19 season, Rex was appointed as head coach by his alma mater, La Salle College. He led La Salle Basketball Team to finish 3rd overall in the top division of Hong Kong Inter-school Basketball Competition.

Similar to coach Tyler, IMPACT Basketball Academy reflects Rex’s philosophy to foster student athletes in Playing The Right Way, and to help every individual to become not only a better basketball player but also a better person.

Coach Christian has had a lifelong passion for basketball. He began to excel at the game when he was a young student at Hong Kong International School, he then moved to Florida where he played 3 years of Varsity basketball at DeLand High School (6A Division) under Coach John Zeoli who himself has amassed 500+ wins over a 30 year coaching career.

After relocating back to Hong Kong, Coach Christian went on to compete in the 2013 Nike League where his team won the championship while he led the league in assists. This success led to a scholarship offer from Florida Tech (NCAA Gulf South Conference) where Christian played under Head Coach Billy Mims.

Currently Christian is back in Hong Kong as an adidas sponsored athlete, competing with Winling Basketball Club in the A1 Divison of the Hong Kong Basketball Association alongside Coach Tyler and some of Hong Kong’s best.

Coach Christian has 3 years experience here in Hong Kong of coaching students from ages 8 – 18. While he honed his talents as a Youth Coach at DeLand YMCA, he is now an NCAA Certified coach (2015) who constantly stresses defense and tenacity on the court, and patience and hard work off of it. 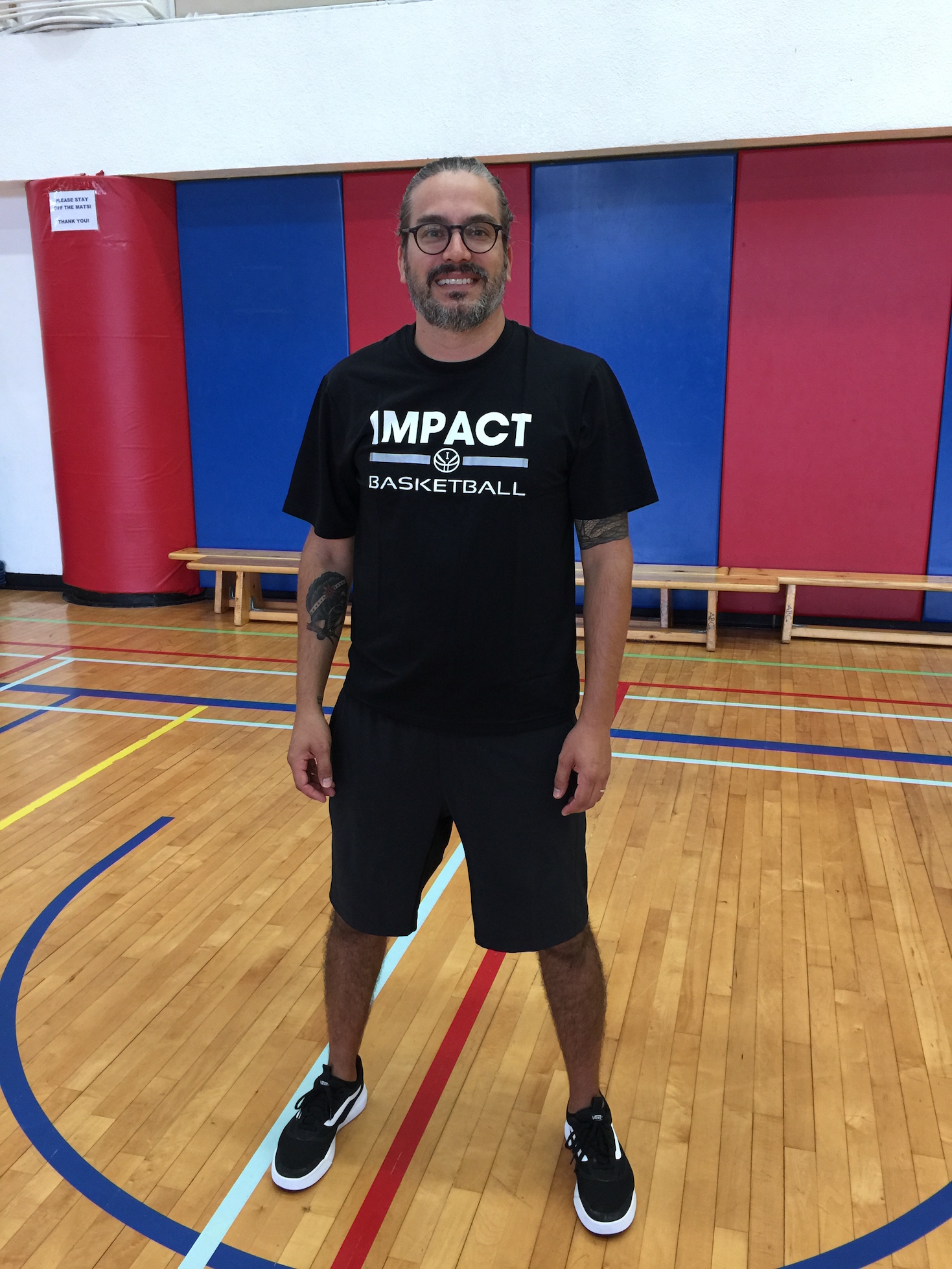 Coach Nolasco is a middle school teacher and coach at the Hong Kong International School.  He earned his Bachelors of Science from Southern Illinois University and his Masters of Arts in Physical Education from the University of Southern Florida.

Coach Nolasco has ten years of basketball coaching experience beginning in 2007 as the HKIS Junior Varsity Head Coach and Varsity Assistant Coach. In 2012, he transitioned to coach his middle school students in the HKIS C-Grade team and helped develop a stronger foundation for the HKIS program.  In his six seasons as C-Grade coach he has led his teams to the ISSFHK league championship game each year and has won three league championships.

Coach Nolasco’s coaching reflects his philosophy of TEAM FIRST by teaching kids to PLAY THE RIGHT WAY through working to become a better player and a better person. 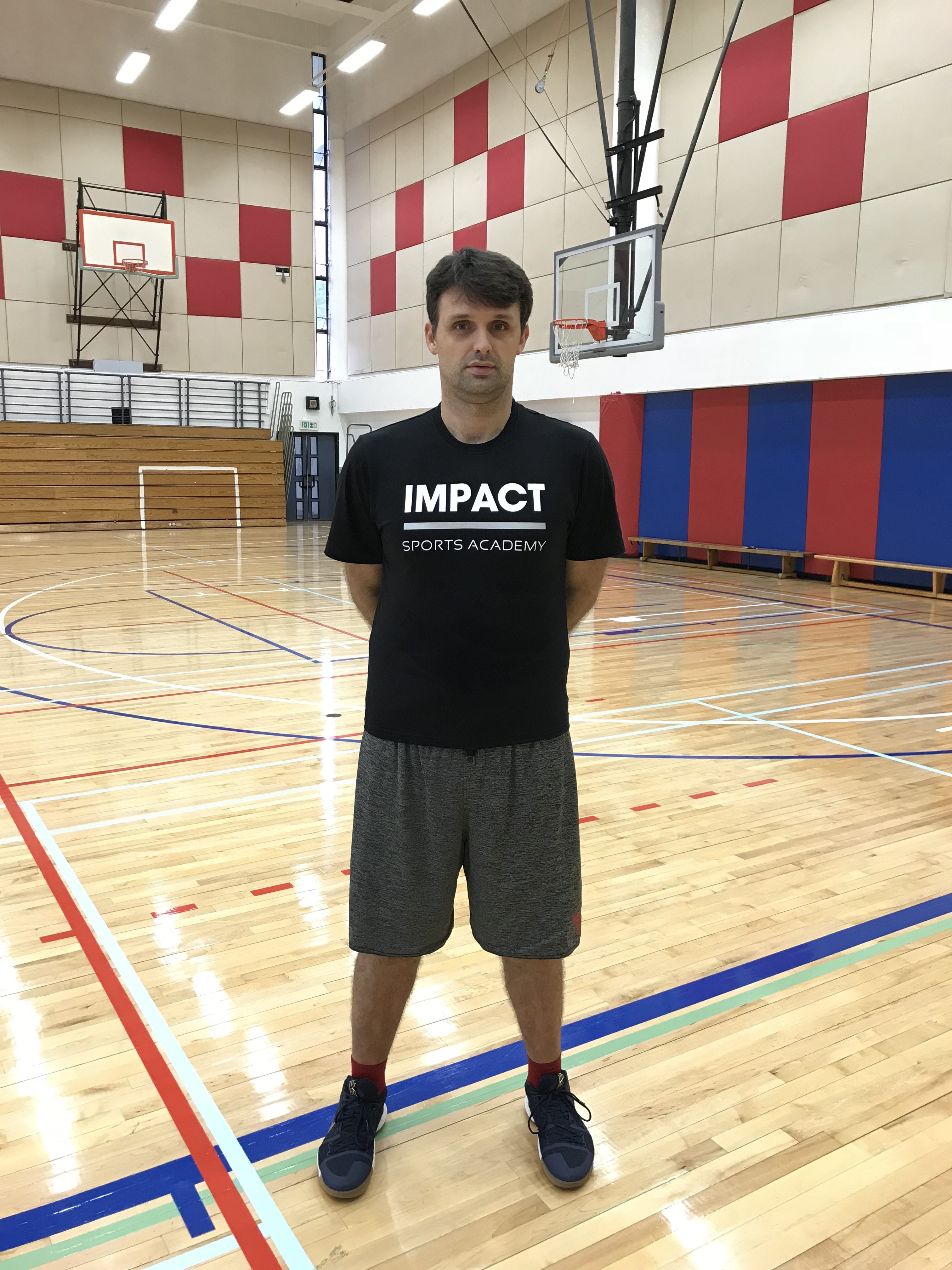 Aleksandar Stefanovski “Coach Aleks” grew up and learned to play the game of basketball in the country of Macedonia before its independence from Yugoslavia.

When he was a teenager, Coach Aleks was training under the “Yugoslavia School of Basketball” that also produced some of the most famous NBA players such as Vlade Divac, Drazen Petrovic, Toni Kukoc, Peja Stojakovic, Bogdan Bogdanovic and Goran Dragic. While receiving intensive skills, physical training and a very high level of basketball knowledge, Aleks also started building a very strong coaching foundation and philosophy under the influence of Serbian legendary coach Željko Obradović — a 9-time EuroLeague Champion and 5-time EuroLeague Coach of the Year.

Aleks became a professional basketball coach since graduating from the Belgrade Coach Academy, with a FIBA Coaching License from the Macedonian Basketball Federation.

Besides coaching, Aleks is also very active in playing the game of basketball. During this past season 2017-18, he competed in the top division (A1) of Hong Kong Basketball Association League for Eagles Basketball Club. 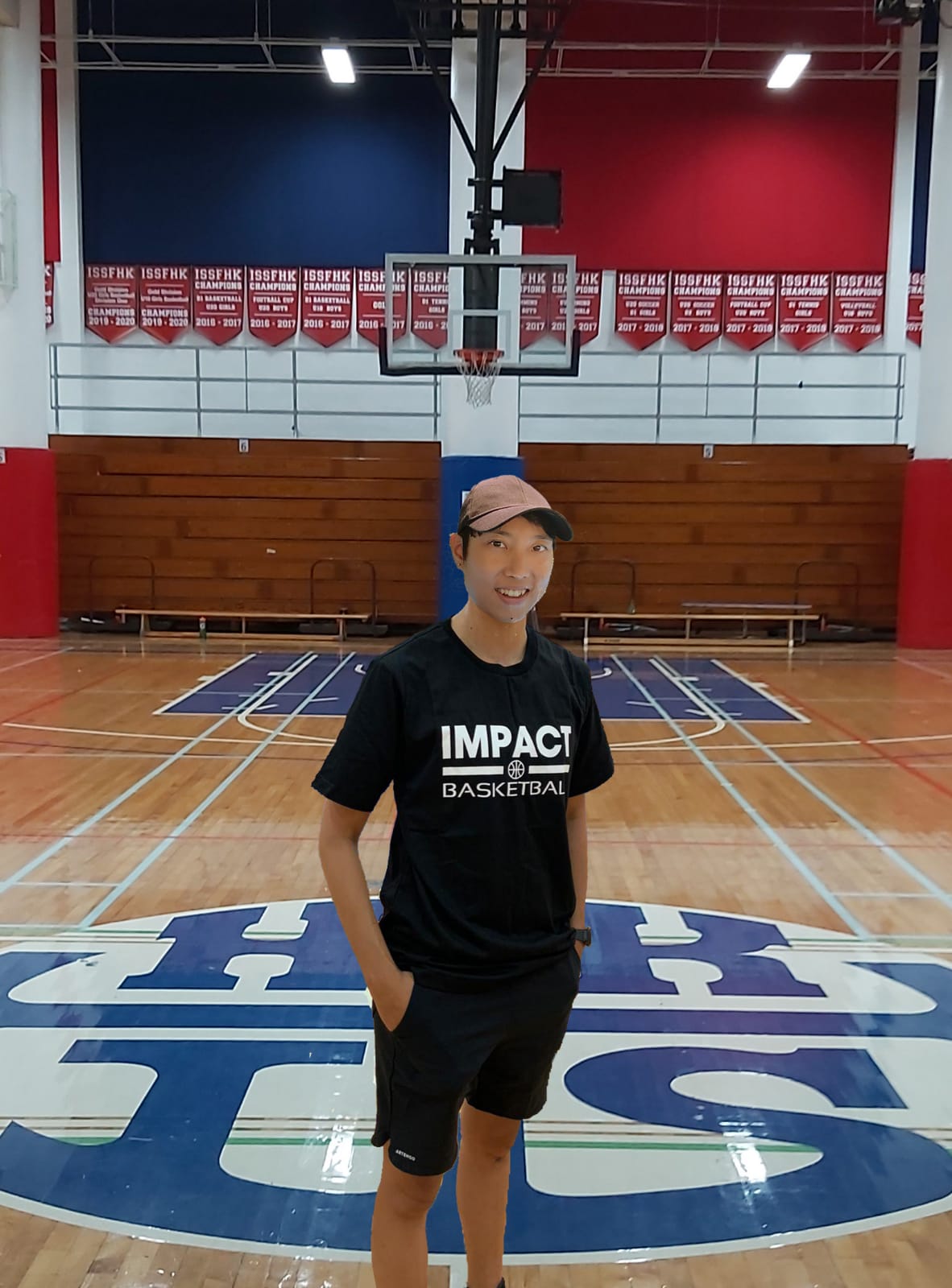 Dark Yuen has been coaching multiple sports such as swimming, tennis, pilates and fitness at all age levels since 2001. She is a registered sports therapist in Australia with extensive background in sports injury prevention and rehabilitation programs. She is good at utilising sports science to design professional physical and sports training programs.

Her coaching philosophy is built around developing players’ confidence and passion towards basketball. By observing each players’ ability and to coach accordingly. Moreover, to ensure all players have the opportunity to showcase their full potential and experience game time at the highest levels through systematic training.

She believes her passion towards basketball and the happiness gain from team sports can be passed down to the students.